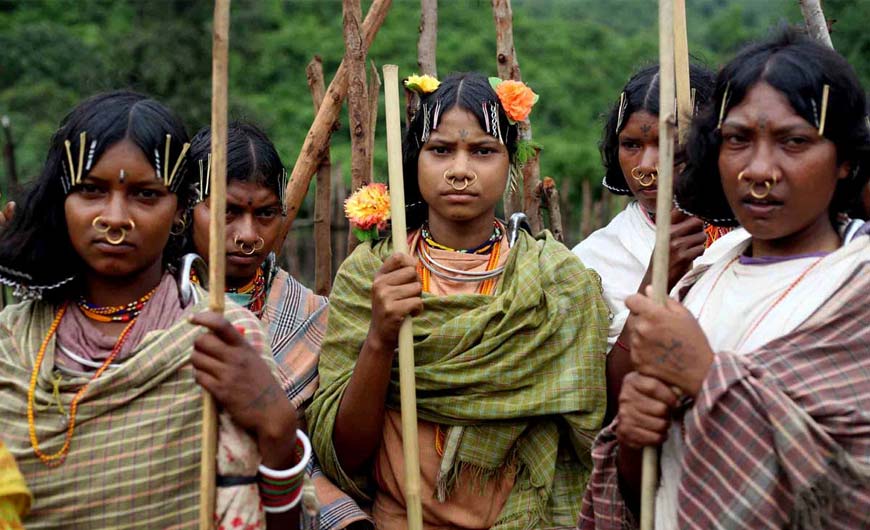 Context:       About 8 million indigenous people in India are in danger of being evicted from forests that their ancestors have lived in for millennia.

1.   LOSS OF CONTROL OVER NATURAL RESOURCES:

4.   PROBLEMS OF HEALTH AND NUTRITION:

Because of economic backwardness and insecure livelihood, the tribals face health problems, such as prevalence of disease, like malaria, cholera, tuberculosis, diarrhoea and jaundice, problems associated with malnutrition like iron deficiency and anaemia, high infant mortality rates, low levels of life expectancy, etc.

The degradation of the natural environment, particularly through the destruction of forests and a rapidly shrinking resource base, has had its impact on the status of women.

The opening of the tribal belts to mining, industries and commercialisation has exposed tribal men and women to the ruthless operations of the market economy, giving rise to consumerism and to commoditisation of women.

What are the problems faced by Adivasis in India and also suggest remedy for the same? (20 marks)

Do you think Adivasis have been neglected in the entire developmental process? Substantiate your stand.(15 marks)