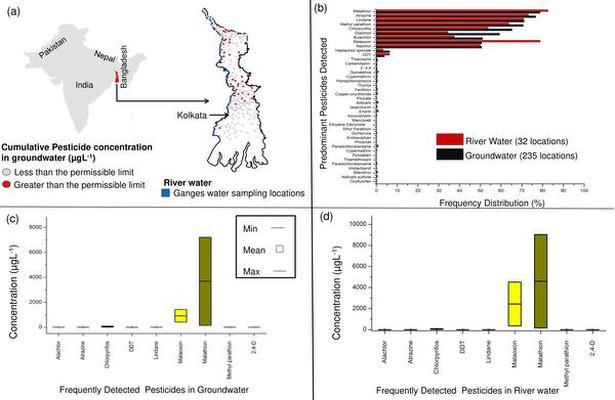 Context:   A study authored by a group of scientists from the Indian Institute of Technology (IIT), Kharagpur has revealed that a whole region has recorded the presence of pesticides and PAH in its natural sources of water and surface sediments

FINDINGS OF THE STUDY

PAHs are a group of aromatic hydrocarbons, the most common being naphthalene, which are not only released by industrial discharge but also from fuel emissions.