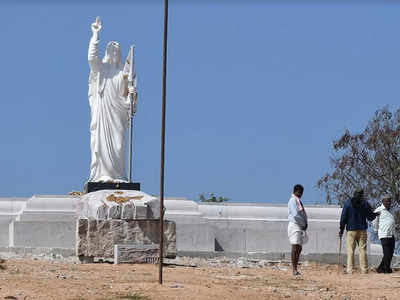 Context:    The Hindu Jagarana Vedike (HJV) on 14th January launched a campaign to prevent what it called “Christianization” of Kapalabetta, where a 114-foot-tall statue of Jesus Christ is proposed to be installed.

Karnataka Congress leader DK Shivakumar in December, 2019 had laid down the foundation stone for installing a mega statue of Jesus Christ in his Assembly constituency of Kanakapura.