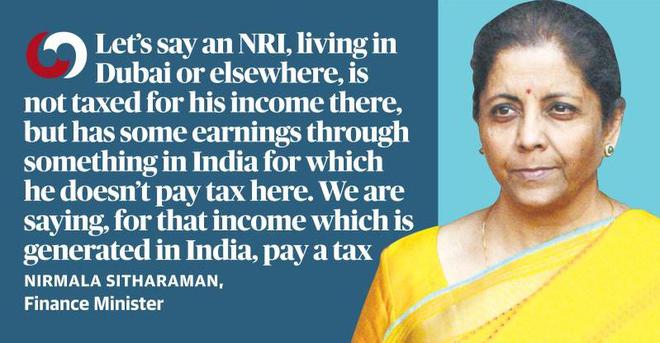 MONEY EARNED IN INDIA BY NRIS WILL BE TAXED

MONEY EARNED IN INDIA BY NRIS WILL BE TAXED

The budget proposes changes in the income tax law to make such individuals deemed tax residents of India.

BALANCED BUDGET
A government budget is said to be a balanced budget if the estimated government expenditure is equal to expected government receipts in a particular financial year.

SURPLUS BUDGET
A government budget is said to be a surplus budget if the expected government revenues exceed the estimated government expenditure in a particular financial year.

This type of budget is best suited for developing economies, such as India.
UNION BUDGET OF INDIA

Contingency Fund is created as an imprest account to meet some urgent or unforeseen expenditure of the government.

Public Account of India accounts for flows for those transactions where the government is merely acting as a banker.