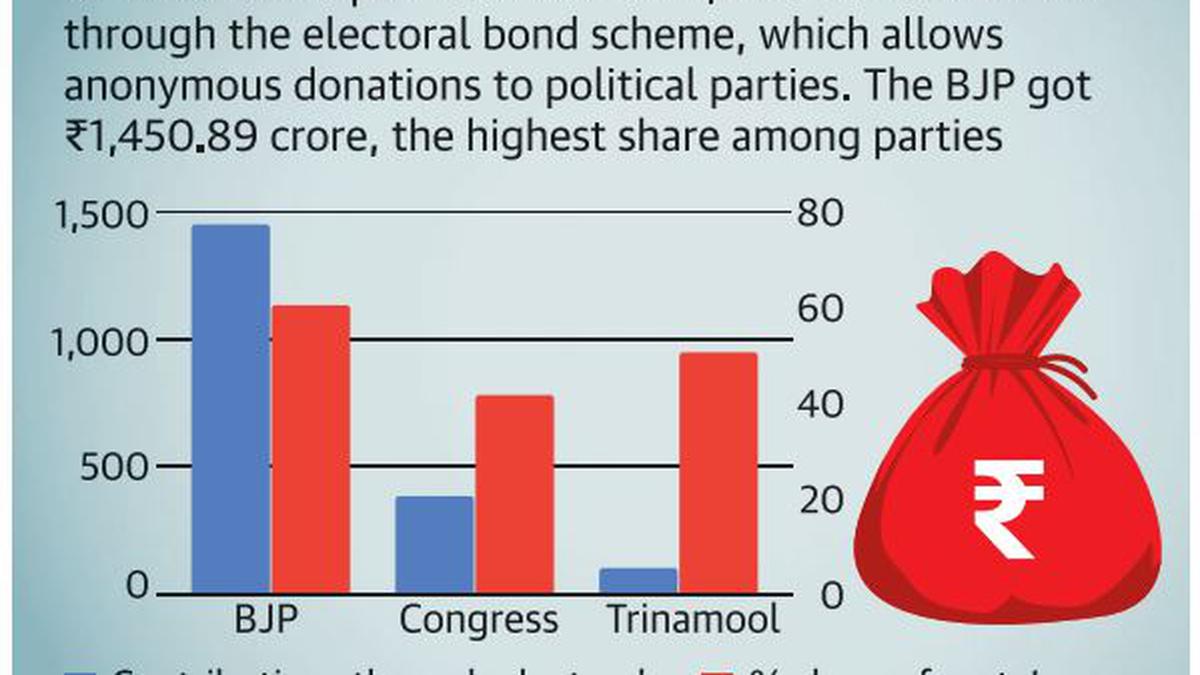 Context:     Chief Justice of India (CJI) on 20th January orally made it clear that if the Supreme Court had found it unnecessary to stay the electoral bonds scheme (EBS), it may not stay the scheme even now.

On April 12 last year, SC passed an interim order directing parties to provide total information to ECI in sealed covers but did not stay the scheme.

CONCERNS REGARDING THE ELECTORAL BOND SCHEME